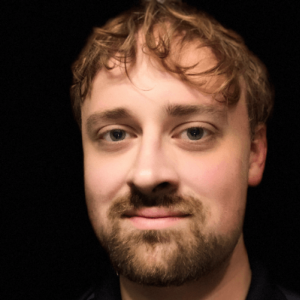 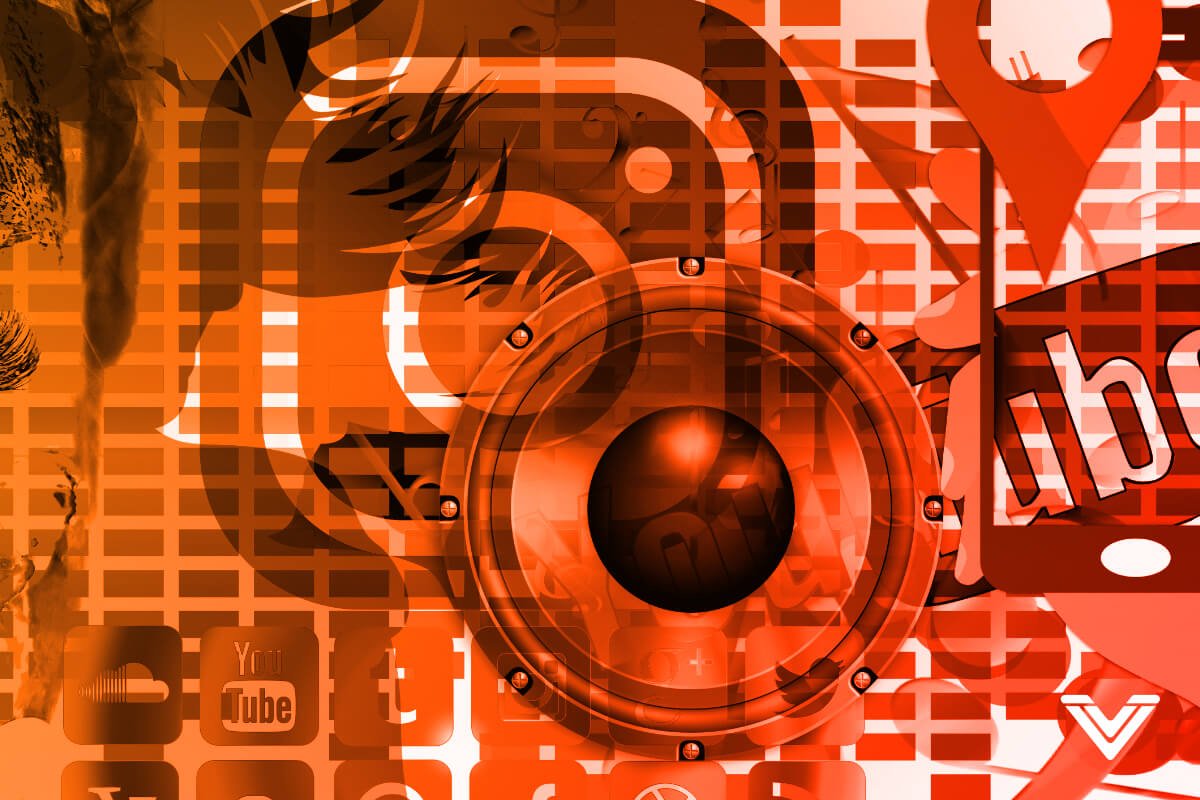 This free course will show you how to get your first 100 subscribers in no time. You're gonna love this.

As any experienced social media marketer will tell you, marketing is a social game. Whether you’re a professional marketer or a business owner trying to get his name out there, it’s important to realize that our options for social media sites are not limited to ye olde Facebook and Twitter.

In fact, there are more social media sites on the web than most people realize. Each has a different look and feel and is targeted to a slightly different audience.

In order to build an effective marketing strategy, it’s important to understand just which social media sites are best – and for whom.

Some of these sites are larger and more popular than others, but that doesn’t make the competition any less respectable or useful as part of a balanced social media diet.

Some social media sites target (or are used by) particular demographics. This is useful to know if you plan to target your social posts (as you should.)

As you scroll through this list of social sites, you will find some to join and others that don’t fit your brand. There’s no shame in that. You don’t need to join every social media site you find. In fact, you shouldn’t.

But, my hope is that this list will help you determine which social networks you’d like to join and which to avoid for now.

Facebook is the grand daddy of social media sites around today. The successor to MySpace, Xanga, and others, it has a user base of over 2 billion annually. That’s close to a third of the world’s population.

In other words, there are a lot of eyes on Facebook. It would be rather silly to neglect it.

Nearly any niche or brand can easily set up a Facebook page and/or group and start promoting content to thousands – or even millions – of interested browsers.

Note, however, that Facebook’s algorithm is something of an enigma. Marketers have long complained that their organic reach is rather limited in favor of paid content. In other words, if you want your content to be shown to more people, you’ll have to bring out the dollars.

However, that’s not to say that Facebook can’t be a great social media site to grow your brand and attract new customers.

If you do get set up on Facebook, make sure to ensure your content is mobile-friendly. The vast majority of Facebook users browse the site from their mobile devices. That means your videos, images and text all have to look great on your local smartphone or tablet.

Would you be surprised if I told you that YouTube is the world’s second largest search engine?

As a video sharing-platform, YouTube is a fantastic home for your video content. Companies large and small can benefit from creating a channel on this social media site.

Content here has the potential to get plenty of attention from Google as well (since Google owns YouTube.)

As with Facebook, brands have the option to advertise on YouTube to increase their reach and attract even more leads.

WhatsApp is a messaging app used in over 180 countries. Originally, it was favored as a way for individuals around the world to communicate with family and friends overseas without paying extreme rates.

WhatsApp is a social media site of note because it has recently opened the doors for business users to set up shop. The WhatsApp Business app is available for small and medium size businesses. Larger companies and enterprises are encouraged to use the WhatsApp Business API.

Yes, we did already discuss Facebook, but Messenger gets its own mention. Why? By some estimates, Facebook Messenger holds its own amongst the other social media sites. Facebook has enabled business users to advertise, create automated chat bots, and more with this platform.

Far from being the simple communication tool it once was, Facebook Messenger is now a social media site all its own – accessible from Facebook or directly.

This service is very popular with users in China and parts of Asia. This is especially useful if your target audience lives in these (and other) areas where sites like Facebook and Twitter may not be available.

A brand account also provides the ability to see in-depth analytics which can help you further target your content and grow your audience.

Tumblr is a microblogging platform and social media site. Users can share text, blog posts, photos, audio, videos and links. Nearly every topic and niche is represented on Tumblr.

A Tumblr blog can look very much like any other website. Using your brand’s colors and graphics, you can create a microblog that looks and feels as you want.

While this social media site cannot and should not replace your full, professional website, it is a good site to join.

Users can “follow” other users to see their tweets in their feeds. They can also “reply” and “retweet” what you share.

Some companies use Twitter as an avenue to deliver customer support. Comcast and Dell are notable examples

Reddit bills itself as the “front page of the Internet.” Broken up into “sub-reddits,” the site fits just about any niche. Think of Reddit like a massive discussion board / forum with many many sub-forums broken out by topic or interest.

While Reddit, unlike many other social media sites, does not allow brands to set up brand pages, you can join and interact in discussions as your brand.

One thing to note, however, is Reddit’s voting system. Every post and comment can be upvoted or downvoted either giving or taking away reputation points.

In the past, it was a site revolving primarily around getting hired and finding talent to hire. Today, it’s much more. LinkedIn is now one of the best social media sites for industry professionals in all niches to find and share relevant content.

Like other platforms, LinkedIn offers several advertising tools and options to help you grow your follower count and reach more people. For example, send your ad to LinkedIn user’s inboxes or display it in the site’s sidebar.

Viber is similar to Messenger, Line and WhatsApp, but it offers a few unique features that make it potentially attractive for business users.

Most notably, business users have the ability to buy ads and promote their brands through paid content. There is also a shopping section in which brands can list products.

Serious users can upgrade to paid accounts for the ability to upload even more content.

Vimeo is a great choice for those who need to embed video content on other sites due to its high quality streaming features and relatively clutter-free embedded player.

Snapchat is an app designed for sharing photos and quick videos. These photos and videos are known as “snaps.”

This social media site is especially popular among teens and young adults. However, it may not be ideal for those hoping to reach a more mature, professional audience.

Pinterest is a visual inspiration engine. Users “pin” interesting images and clips from around the web. These pins are organized into “boards” which you can follow.

Brands have the ability to create business accounts which offer advanced analytics and the option to promote pins for increased reach.

Line is a free messaging app for Android and iOS. Users can chat, play games, make payments and shop. As a popular option for those in Japan and parts of Asia, Line is a potential resource for your business if you target Asian users.

Businesses have the option to create accounts for their brands to post news, promote content and reach followers.

Telegram, like Line and WhatsApp is a messaging platform. However, it offers a unique layer of security. For this reason, many people prefer it for private, encrypted communications.

Businesses can use Telegram to connect with end users with channel broadcasts to an unlimited number of subscribers and offer customer support with chatbots or realtime user-to-user communication.

Medium is more of an online publishing platform than anything else. So why list it in a list of social media sites? It’s a great place to post and interact with people who may be interested in your brand.

Minds was born out of concerns about privacy violations and limitation of free speech on other social media sites. It bills itself as an “open source, community-owned social network.”

Users have a chance to be paid for their contributions to the site, differentiating it from most other social media sites. Users are encouraged to interact and engage without overbearing censorship or restrictions.

Like Minds, Parler is designed around the protection of free speech for end users, and they promise not to “censor ideas, political parties or ideologies” while respecting user privacy. At the time of this writing, they promise to “never sell your personal data” unlike some other sites in this list.

Parler is currently favored among Conservatives, but all viewpoints are represented.

Now before you run off and join all the above listed social media sites, hang here with me for a moment.

I want you to keep a few things in mind to save yourself a lot of time and trouble.

You don’t need to be on every social media site

In an effort to grow your brand, no doubt you’ll feel the need to get your name and face on as many social networks as possible. While I understand that desire, you’ll soon find that unsustainable.

Some brands have trouble keeping up with one or two social networks. Imagine trying to keep up with 10, 15 or more! You’d soon drive yourself batty.

Instead, focus on the networks used most by your target audience. Look through the list above and consider who uses each.

Go where your target customers are, and don’t worry about the sites where they aren’t.

Don’t join social networks you won’t keep up with

Nothing looks worse for a business on a social media site than old, outdated content. Don’t join Twitter, for example, and leave your page dormant for years.

It leaves people to assume that your company is inactive at best.

Only join a social network if you have the time and ability to regularly post the right kind of relevant content.

Again, go where your target audience is – even if that’s a relatively small, relatively unrecognized site.